HoliMont Athletes Bring Their “A” Game on Sunday Feb. 3rd

If a butterfly flaps its wings in one part of the world, can it cause a hurricane in a different part of the world?  That theory does exist.  What we do know for sure though is that a rainstorm in Vermont can cause good fortune in Western New York.
A little over a week ago, Killington Resort was scheduled to hold a USSA “A” mogul competition but some unfortunate torrential rainfalls destroyed the mogul field and eventually, when the temperature dropped shortly thereafter, turned the slope into an unskiable sheet of ice.  The decision was made to cancel the competition.
At that point a dedicated group of parents began exploring options on other locations to hold the event.   On Thursday, January 31st, HoliMont decided that it would host the event and in approximately 48 hours, the Downspout slope, which previously only had mounds of manmade snow on it, was groomed out, bumped up, and turned into a mogul course worthy of a sanctioned competition. 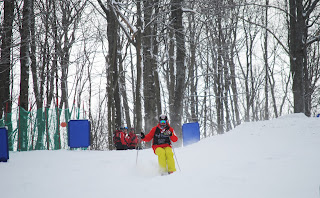 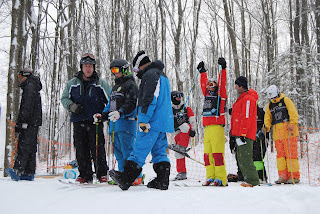 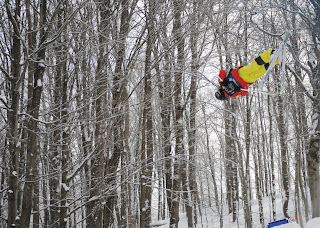