The 2012-13 season has been, by many measures, a fantastic success.  HoliMont will officially end its season on April 14th; our 111th day of skiing and snowboarding.  Considering it never really started to “get warm” until this past week, HoliMont was able to keep the majority of the area open much longer into the season than was originally expected, which helped keep the excitement level of the Members and their guests elevated for a long period of time. 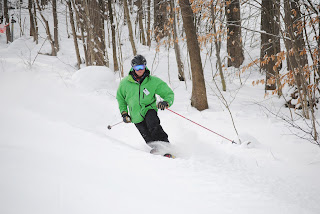 The end of the season is an interesting time at a ski area.  As things begin to slow down and the crowds start to thin out it gives everyone with a vested interest in the area to reflect on the highlights of the season.
For HoliMont, celebrating its 50th Anniversary, it was an entertaining, fun-filled season.  The Club wasted no time and unveiled The Exhibition Express lift during Fall Fest in October.  The lift was HoliMont’s first high speed detachable quad chairlift and it became an instant hit. 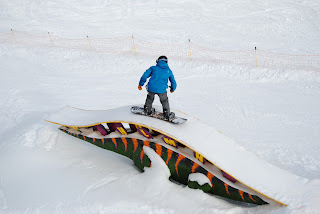 The Membership Social Committee put together and threw a gala that will go down in HoliMont history as one of the most extravagant social functions to ever take place at the Club.  The Chalet was packed with both past and present HoliMont Members who showed up dressed to the nines and ready to party.  Between the food, speeches from HoliMont Presidents, The Party Squad brass band entertainment, and the grand finale fireworks display it was a celebration worthy of a Club that has showcased impressive longevity. 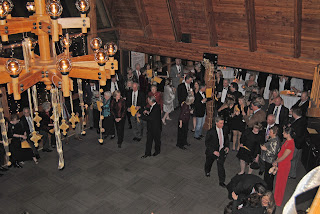 The gala was by no means the sole highlight of the season though.  Both the American and Canadian break weeks were well attended and featured some very solid skiing conditions and plenty of fun for everyone who was here.
Barely a weekend went by that didn’t included an après ski party, which considering the great lineup of bands that were on the calendar throughout the season, made every weekend something to look forward to.  The après parties are always a hit on Saturday afternoons as they allow Members to kick back and talk about their day out on the slopes with their nearest and dearest friends.
Between the Racing Program and the HoliMont FLITE Team, there were plenty of competitions that took place this season.  Watching these young, up-and-coming athletes stoke their competitive fire week-in and week-out was a treat for many and HoliMont is looking forward to seeing what the future has in store for every one of them.
Midway through February, HoliMont hosted an auction were it was able to sell off 17 real estate lots, which provided enough revenue to start the infrastructure of the Club’s long awaited WestMont Ridge development project.  The infrastructure development is scheduled to begin later on this spring.
As the season commenced into March it was looking like HoliMont would end up having a solid season, one that was much better than the previous year, but nothing in terms of snowfall that was overly noteworthy.  And then March 19thcame about.  At a time where, typically, people are starting to wear less layers out on the slopes we suddenly received a nearly four-day stretch of consistent lake effect snow.  When it was all over Ellicottville had accumulated nearly 2 feet of very pristine powder, which ultimately reenergized nearly every ski enthusiast out there.  As we all know, powder days are cherished in Western New York and every skier and snowboarder out on the slopes was elated to say the least.  And just like that, winter was back on! 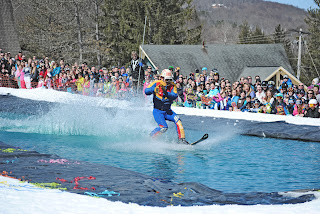 On Saturday March 30th HoliMont had a great day on the slopes.  The annual Pond Skimming competition took place that day where 25 brave souls took to the challenge of trying to glide overtop of 100 feet of very chilly water.  Some were successful, some didn’t carry enough speed and slowly sank, and some (much to the delight of the crowd) went out in a blaze of glory; throwing water everywhere as they rag-dolled into the pond.  Also taking place that day was the second day of the Acrobag Tour at HoliMont.  The 50’ x 50’ airbag was a hit with people of all ages during its three-day visit to the Club and with any luck it’s an event that we will be able to build on in the future. 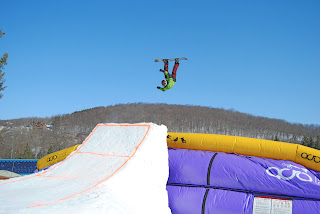 HoliMont would like to thank everyone who has walked through our doors this season.  Members and guests alike have made this season one to remember.  It’s been a pleasure seeing you all here and we sincerely hope that you enjoyed the 2012-13 season as much as we here at HoliMont did.  Have a great summer and we look forward to seeing you back next year.  Follow HoliMont on Facebook, Instagram, and Twitter for more news throughout the summer. 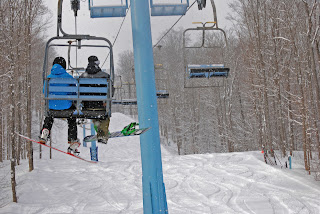